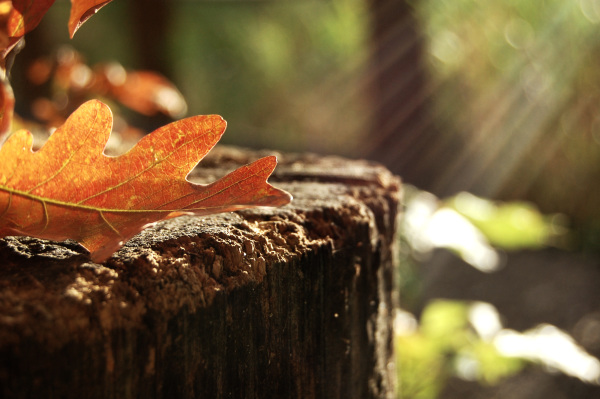 One of the goals of Minnesota Exposure is to spotlight some of the artists living in our state.  Artist interviews will be a regular part of this project.  Our inaugural interview is with Kristine Leuze.

Kristine Leuze lives in Hutchinson and is  the activities coordinator for the Hutchinson Photography Club (Facebook).  She is an avid contributor to the online photography community and has placed multiple times in Minnesota Exposure competitions.  Kristine was kind enough to share her story, and some of her work, with us.

Where did you grow up?

I often say I grew up in Nebraska because that is where I spent the most time as a child, but my dad was military so I also have lived in Wisconsin, Iowa, California and Colorado. I also lived in Alabama for 8 years as an adult and have done my fair share of traveling.

What led you to photography?

My dad had a darkroom when we were growing up. He taught us some things in the darkroom, but I don’t remember that I got to shoot with his Pentax until I was 18. But I took that camera with me to Alabama in 1997 and photographed a lot of subjects that were interesting to me there at the time. Unfortunately, I wasn’t able to afford to develop film for a while and I ended up giving the camera away so I got out of photography for a bit. I resisted digital for a while because I went to school for fine art and probably had a snobbish attitude at the time about the digital arts. It wasn’t until I married my husband in 2005 that I took up photography again. My husband had a little Nikon Coolpix and he encouraged me to do some street photography when we were on our honeymoon in San Francisco. That got me into it again a little, but really what got me into it full speed ahead was the birth of my children. I think I have had a camera in my hand almost every day for the last 8 years now. And no, I don’t photograph them on a daily basis like I did when they were really little!

What role does photography play in your life?

I got into photography professionally after sharing pictures I was taking of my children. Other parents would hire me based on what they saw me posting of my own kids and it just kind of grew from there. 95% of my income comes from weddings, infant, family, and corporate headshots. I do sell some landscape and nature fine art photography in the form of canvases and prints, but not as much as I would like to. But I would say that what I get paid to shoot is only about 30-40% of what I actually shoot so a lot of my work is to fulfill a creative drive. I’m not embarrassed to say that for me photography is very therapeutic. Looking through a viewfinder, forcing yourself to seek out beautiful things is immensely calming and mood-boosting. I notice that since taking up photography again I have a different view of the world and am less cynical so I think it is really good for me emotionally.

What type of photography is your specialty?

It’s hard to say what my specialty is since I do shoot a wide variety. There are people who like my bird photography. Personally, I think I do a good job with portraits and capturing something in people. My most popular photos have probably been landscapes. I am often proud of my food photography… it’s hard to say! I guess if I had to choose one, I would say it is my ability to capture a candid moment–usually at a wedding. I’m pretty good at hiding out and predicting a moment that is about to occur. I usually edit those in black and white to give it a timeless look. I’m definitely into photographing something that has meaning or will have meaning for years to come.

What do you do to continue to grow as a photographer?

There is so much room to grow–for everybody. I am an active member of our local photography club which is huge for the small town I live in. We are constantly learning from each other. We get together once a month as a large group and then at other times throughout the year in smaller groups, sometimes doing shoots with models or trying out different lighting situations. The club also brings in a lot of speakers. I buy a lot of books. Recently, I received a grant (thank you, Southwest Minnesota Arts Council and the McKnight Foundation), so I got some new equipment and am now obligated to learn how to use it. I participate and learn from others in the online groups and watch videos online. If I have time one of these days I am going to take that photojournalism class being offered for free from MIT! Learning opportunities are endless.

Among your works, which one is your favorite? Why?

My favorite image of all time is probably this one. I took it in the fall at Lake Maria State Park.  It’s just an oak leaf sitting on a stump but the light was just perfect at that moment. I am still waiting for another perfect light moment like that again. This was probably 4 years ago.

Whose work has influenced you the most?

There are a lot of photographers in conservation and environmental photography that are influencing me now–Tom Mangelson and Michael Forsberg are both from Nebraska (Tom got smart and lives in the Tetons now, but he grew up there). Jim Brandenburg from here in Minnesota not only makes great images but his images have meaning behind them, and he donates a lot of time and resources into preservation and conservation. These people are influential to me and the direction I want to go at this point in my life, but looking at earlier influences I would, of course, say my dad–watching him produce black and whites in his darkroom–but also the instructors I had in college. These artists aren’t photographers, but the painters of the Baroque period in the 1600s were and still are really influential. Their use of light and dark in the images they painted is something I feel I am trying to create a lot in my black and white portrait work. Chiaroscuro is the specific term.

What is the one thing you wish you knew when you started taking photos?

The one thing I wish I knew and still need to remind myself of is that it’s not about the gear! I have more gear now than I did starting out and still, some of my favorite images were shot with my Nikon D40 and a 35mm 1.8 lens.

What gear do you shoot with?

Not a whole lot has changed for me gear-wise. I still have the D40 with a modest 300mm zoom attached to it. I have a D90 I bought used from my little brother which usually has the same 35mm 1.8 lens attached to it. Recently, I purchased a macro lens–the Nikon 105mm 2.8–with the grant money I received. I also have a modest speedlight, tripod, reflector, backdrop, etc. Of course, I have my eyes on the new 600mm Tamron lens and should probably get a wide after that, but I am growing my business “slow and organically” as my husband so wisely advised.

What projects are you working on?

The grant project I proposed to the Southwest Minnesota Arts Council and received has to do with at-risk species and their habitats in Minnesota. I asked for the money for the macro lens so that I could make super up-close photos shot in an abstract and artistic way that will encourage the viewer to stop in front of an image and look at it for a while trying to figure it out. I am anxiously awaiting spring so I can be done with the research part of this project and start shooting!
Posted by Sarah Turner