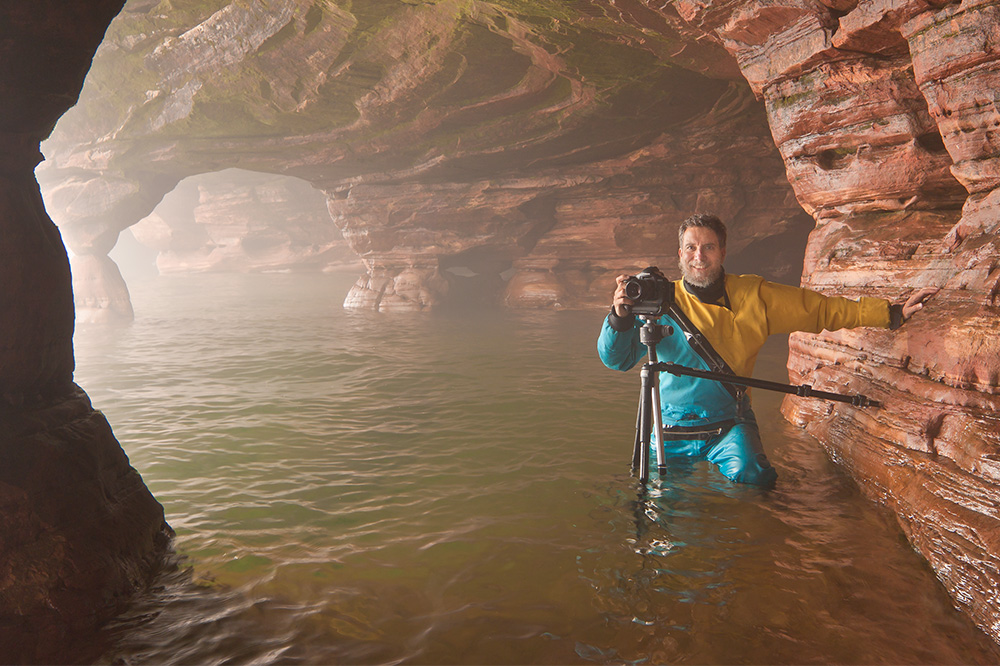 Our guest judge for Minnesota Exposure’s Flower competition, May 21-28 is Craig Blacklock.

Photographer and author of seventeen books, Craig is regularly featured in magazines, teaches workshops, has been in numerous exhibitions and collections, and has won many awards, honors and prizes.

I learned photography from my father, Les Blacklock, who was a professional nature photographer. I traveled with him on many photography expeditions from the time I was three, and worked along side of him for many years. I attended the University of Minnesota, Duluth as an art major from 1972-1974. I’ve taken workshops from a variety of photographers including Cole and Kim Weston, and attended many lectures each year when I instruct at Fotofusion, in Florida.

I’ve made my living as a freelance landscape photographer since 1976, specializing in large-format images (switched to digital in 2005) of Lake Superior. After working with several publishers, I began self-publishing books in 1993. I work out of my Blacklock Photography Gallery in Moose Lake, Minnesota. I am Senior Fellow at the Center for Spirituality and Healing at the U of M. I am filming a series of nature videos co-produced with the Center for use as aides to healing and stress relief. I teach several graduate-level workshops each year for a variety of organizations.

I have presented many photography workshops and lectures, solo or with the late Nadine Blacklock, since 1982. I am a co-founder, significant contributor to, and current president of Blacklock Nature Sanctuary, co-founder and former board member of Lake Superior Water Trail Association of Minnesota. My book, Minnesota’s North Shore, promotes land conservation of the Lake Superior shore.